MID-PNET - The Way To Grow Together

Mahavir International Delhi (MID) had been toying with an idea on how to create a professional network within our organisation for its members, who are from various streams of professions & businesses, with major objective of engaging them with various on-going activities/projects and at the same time, let everyone & MID grow together.

In order to provide added value to the members, MID-PNET started organising a series of lectures & panel discussions every week, which is getting good response.

We have plans to organise many such lectures and panel discussions in future on a variety of subjects, which would benefit our members.

A Networking Get Together (NGT) was organised on 10th of October, 2021 at Hotel Country Inn, Sahibabad, where more than 100 people would meet, greet, introduce themselves, discount coupons would be distributed by few members for the benefit of other members, games & cultural activities would also be organised. It would be an event full of fun & frolic and at the same time, members would be encouraged to donate on the spot, for MID’s various projects.

MID-PNET plans to keep organising many such activities for continuous engagement of its members. Once it’s well established in the Delhi chapter, we plan to go inter-chapter i.e. pan India, so that maximum people of Mahavir International family can be benefited and support the organisation's core objective of serving deprived sections of our society. 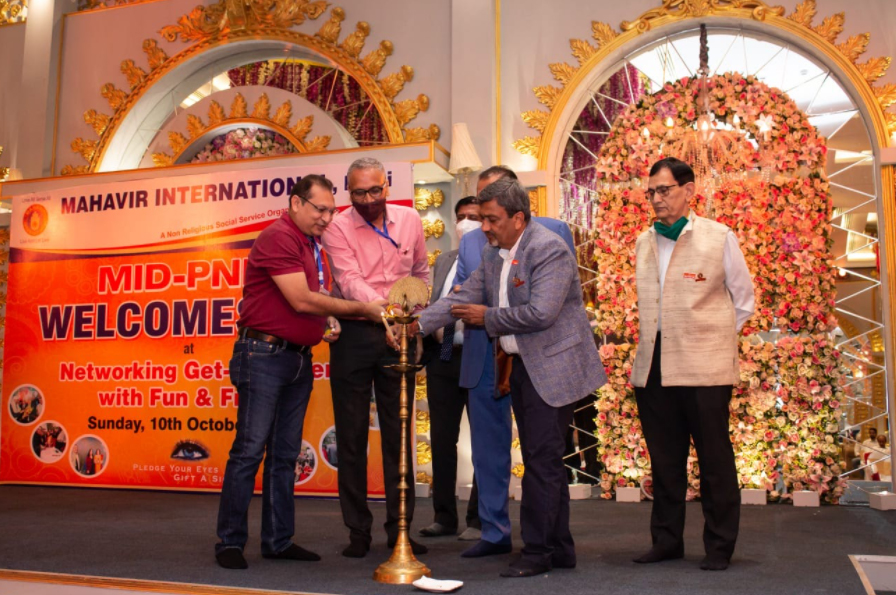 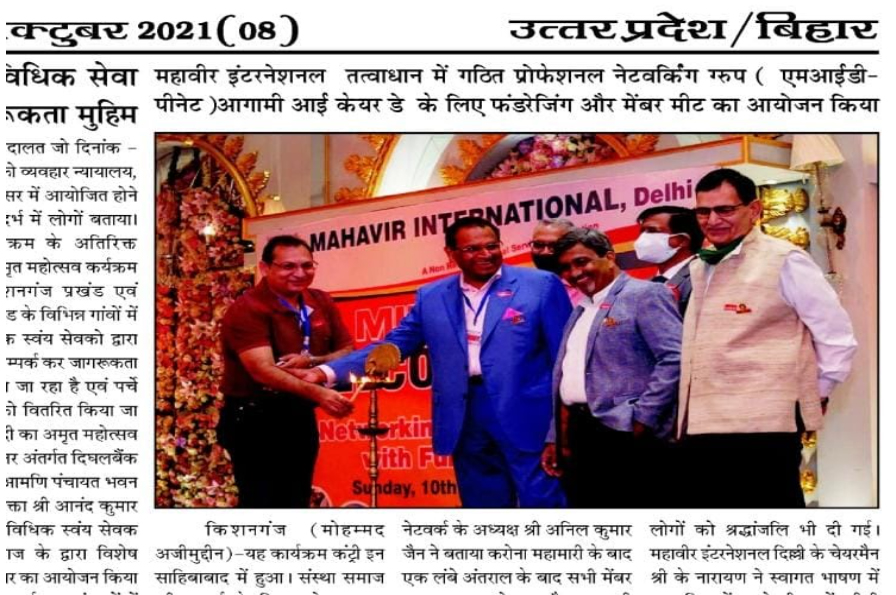